An oil painting of the beautiful and iconic Marilyn Monroe, born Norma Jeane Mortenson in 1926 who later became a major sex symbol starring in a number of successful films in the 1950's and early 60's.

Some of her most famous films include Gentlemen Prefer Blondes, How To Marry a Millionaire, The Seven Year Itch and Bus Stop which was hailed by critics and was nominated for a Golden Globe.

Marilyn has been dubbed the quintessential sex symbol and in 2009 'TV Guide Network' named her the number 1 sex symbol of all time.

This painting is the world famous pose taken from the film, The Seven Year Itch, where Marilyn hears the subway train passing below the grate in the sidewalk, and as the train flies past the wind causes her dress to blow up, exposing her legs. 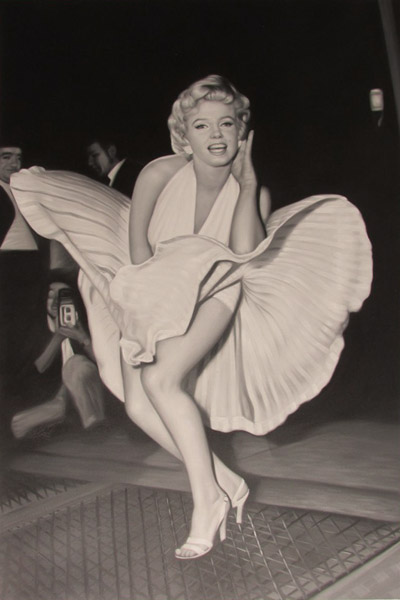 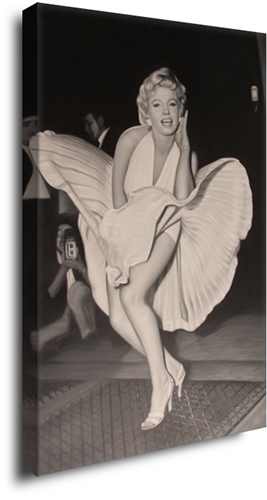