The Notorious B.I.G. or Biggie Smalls was an American rapper raised in Brooklyn, New York City. When he released his album Ready to Die in 1994 he became a central figure in New Yorks East Coast - West Coast hip hop scene.

Born as Christopher George Latore Wallace, Wallace was gunned down by an unknown assailant on March 9th, 1997. A double-disc set was released 16 days after his death, and in 2000, was said to have sold over 10 million copies, (Diamond) something which few hip hop albums achieve.

This painting is a simple tribute to the man showing him in his characteristic pose, and will make a dramatic statement on any wall. 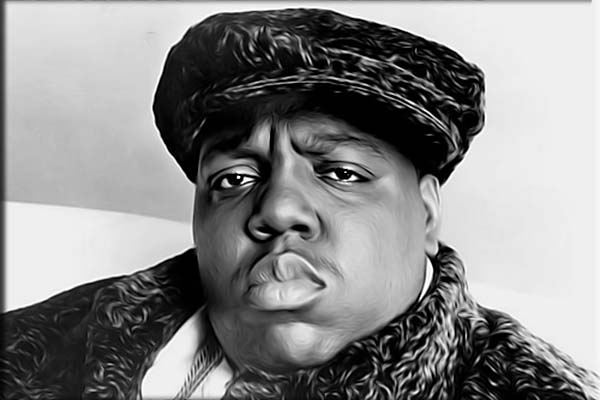 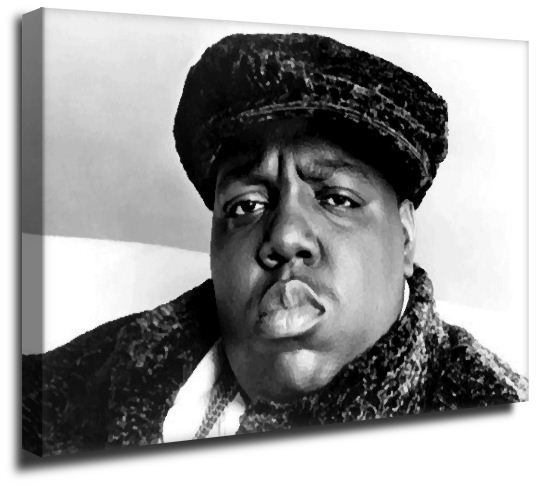